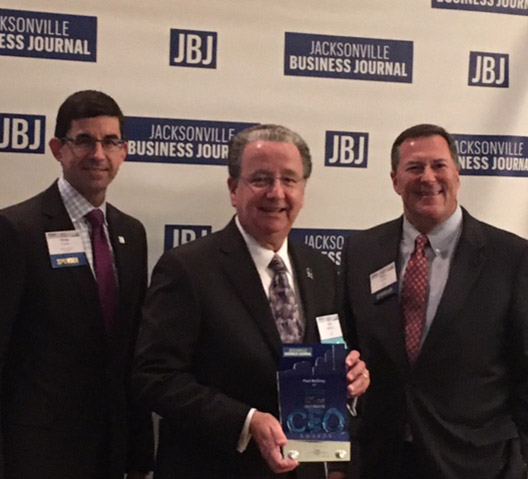 Congratulations to JEA Managing Director and CEO Paul McElroy, whose leadership was recognized by the Jacksonville Business Journal in 2016 with its Ultimate CEO Award.

Since becoming CEO in 2012, Paul has made customer satisfaction his top priority. Under his leadership, JEA has been steadfastly committed to providing customers with high-quality electric, water and sewer services delivered in an environmentally responsible way. In fact, our customers ranked JEA highly on the J.D. Power 2016 Electric Utility Business Customer Satisfaction Study. With Paul as CEO JEA has managed to keep rates low for our customers, below national and state averages, even lower than our 2008 levels.

Paul sets a great example for all of JEA’s 2,000 employees, especially when it comes to employee-giving. JEA employees contributed over $400,000 in 2015 to United Way of Northeast Florida and Community Health Charities. Every year Paul leads those fundraising efforts by becoming a United Way Tocqueville Society member.